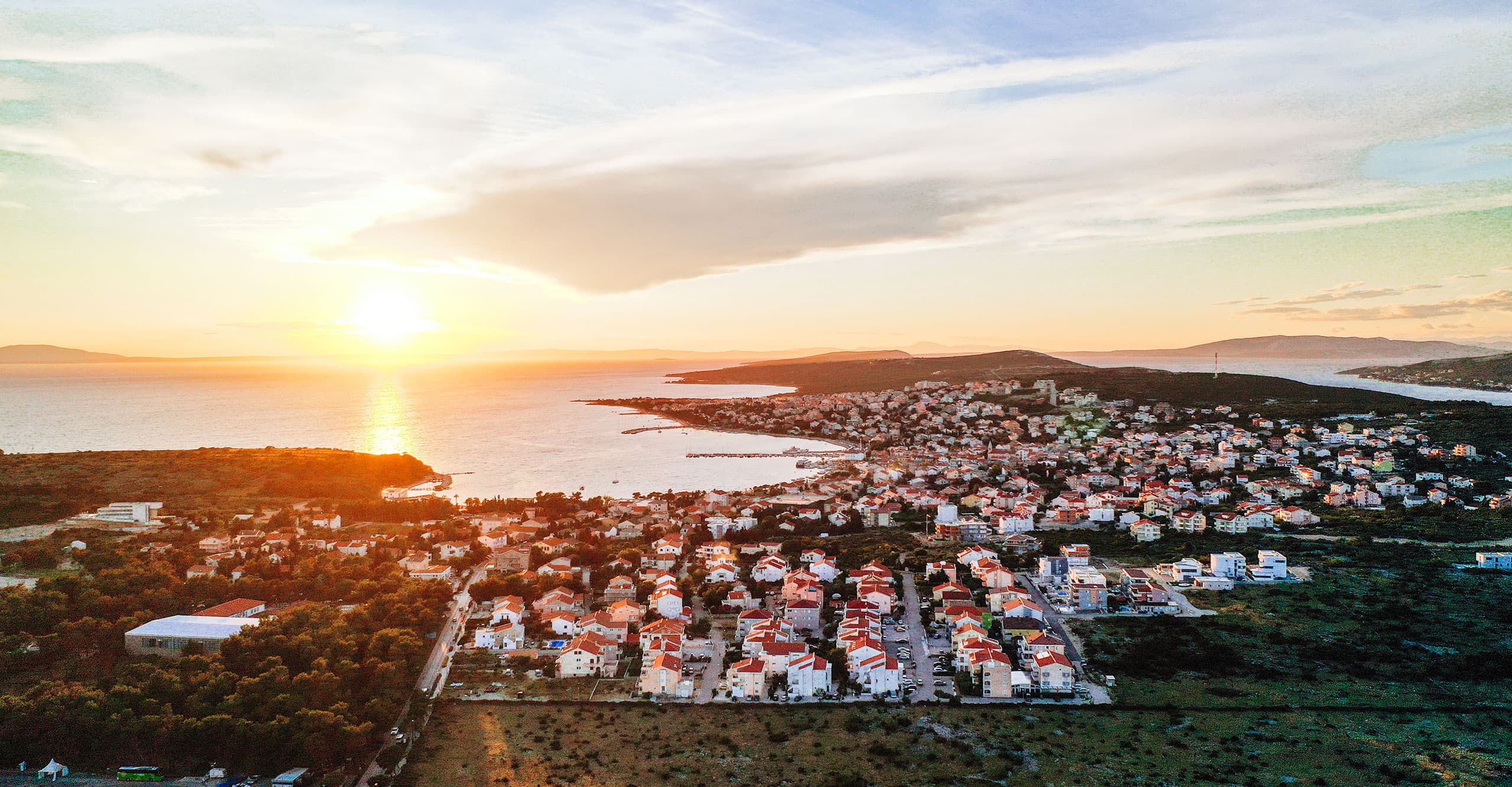 Island of Pag and Novalja

An island of crystal clear sea, hot sun, strong bora wind and extremely rich heritage - welcome to Pag. This island in northern Dalmatia is renowned as the most famous Croatian island for a good reason. It is the hideout is a myriad of beaches, home to unique flora and fauna, a window into the history of Croatian culture, and a hotbed of entertainment recognized around the world.

The island boasts a Mediterranean climate and more than 2500 hours of sunshine a year. Although there is no shortage of sunshine, in the winter months the western side of the island is dominated by the bora wind, which with its power shaped half of the island into an appearance that, as is often said, resembles the lunar surface.

Except for its unique appearance, the bora is also responsible for the specific vegetation of the island, and therefore for the well-known Pag specialties. Due to the salt spread from the Velebit Channel, the grass on the island is very salty and the sheep graze on this grass and medicinal herbs such as immortelle, sage and Cistus - hence the famous Pag cheeses as well as Pag lamb get their special taste.

Bare hills, salt, herbs and millennial olive trees are just some of the island's charms that make it recognizable, and on this terrain have developed a culture that still fascinates both locals and tourists. The island's history goes back to the younger Stone Age, to the time of the Illyrians, the Roman Empire and later the arrival of the Slavs. That is why the area is rich in historical buildings and the atmosphere is rich in centuries-old folklore.

Due to its natural resources, historical values and long-lasting culture, this island is one of the favourite tourist destinations. But what we must not forget is fun.

Novalja is a tourist centre of the island of Pag, surrounded by sandy and pebble beaches, innumerable restaurants, cafes and clubs, full of recreational and sports activities, as well as historical gems. Its thousand-year-old history is evidenced by numerous archaeological sites, the most striking of which is the ancient Roman underground aqueduct, 1.2 km long, in which the temperature does not rise above 15 degrees even in the midst of summer.

The town also abounds in ancient Christian antiquities and churches, because throughout the 4th and 5th centuries, there was a strong Christian community in Novalja and early Christian Novalja was a famous pilgrimage centre of the ancient world.

Now Novalja is the centre of social life where tourists of all ages come to enjoy the sea, beaches and famous nightlife, especially in the clubs on Zrće beach 15 minutes from the city, where renowned world musicians often perform. The city is also the right place to enjoy the indigenous delicacies of Pag and its specialties in numerous restaurants with a splendid view of the Adriatic Sea.